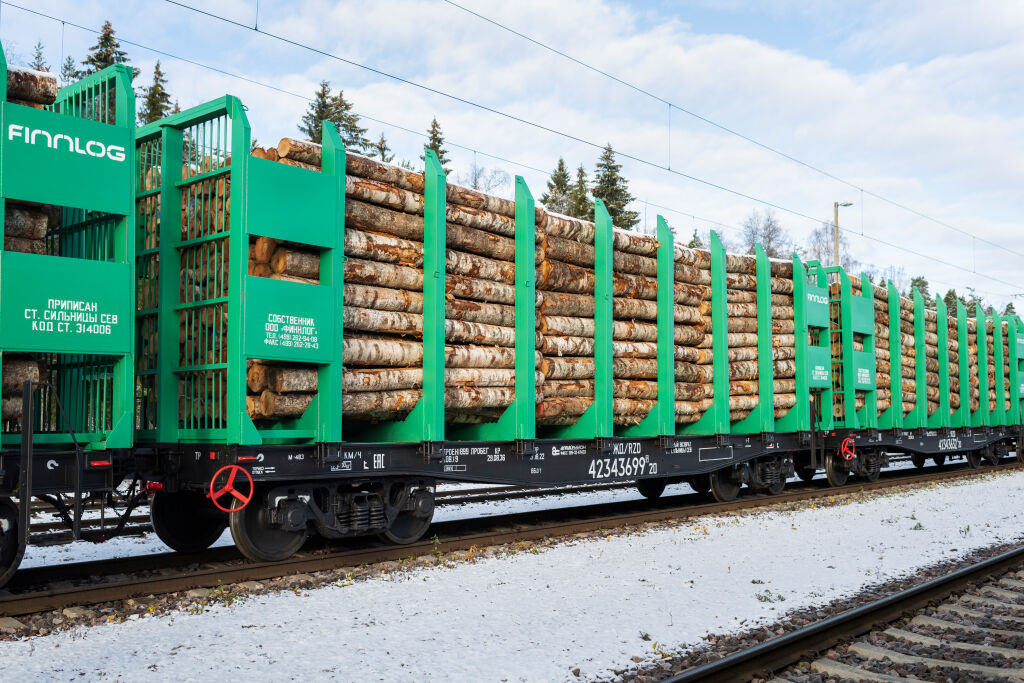 Finnlog offers customers wagon operation services in Eastern traffic. The services and rolling stock are efficiently tailored to the customer's transport needs throughout the chain from the sender to the recipient.

Finnlog operates in traffic between Russia and Finland. Finnlog operates wagons in Russia, takes care of maintenance agreements and has the operative responsibility for planning and managing the use of the wagons in Russia. At the moment, Finnlog is leasing wagons for the wood import traffic of Finnish forestry businesses. The goal is to expand the operations to cover other product groups as well.

ContainerTransScandinavia – container transport by rail all the way to Asia

ContainerTrans Scandinavia (CTS) offers extensive container transport services in traffic between Finland and Russia all the way to Asia.

The company sells and operates container transport in Eastern traffic. ContainerTransScandinavia Oy is a joint venture of VR and JSC TransContainer established in 2007.

Freight One Scandinavia – wagon-load transport throughout the CIS region

Freight One Scandinavia (FOS) offers transport services of covered and open wagons in the CIS region in traffic between Finland and the CIS region.

The company sells and operates wagon-load transport in Eastern traffic. Freight One Scandinavia Oy is a joint venture of VR and OAO “PGK” established in 2009.